At his September address to the Human Rights Council, Tom Andrews (United Nations Special Rapporteur on the situation of human rights in Myanmar) noted credible information that the Myanmar junta were moving tens of thousands of troops and heavy weaponry to the north and northwest of the country, adding that “these tactics are ominously reminiscent of those employed by the military before its genocidal attacks against the Rohingya in Rakhine state”.

Join Andrews in conversation with Promise Institute Executive Director Kate Mackintosh about how to avert another catastrophe in Myanmar.

RSVP to attend via Zoom here.

*UCLA Law students, Room 1327 has been reserved for you to join on your own personal devices*

Tom Andrews, United Nations Special Rapporteur on the situation of human rights in Myanmar, is a Robina Senior Human Rights Fellow at the Schell Center for International Human Rights and an Associate of the Asia Center at Harvard University.

Andrews represented the First Congressional District of Maine in the United States Congress and served in the Maine House of Representatives and Maine Senate. He was General Secretary of The Nobel Peace Laureate Campaign for Aung San Suu Kyi and the People of Burma in 2001 and an advisor to the National Coalition Government of the Union of Burma and the Euro-Burma Network.

Andrews has run national advocacy organizations including Win Without War and United to End Genocide. He has also maintained a consulting practice through which he has worked with parliamentarians and advocates for human rights and democracy in several countries including Cambodia, Indonesia, Algeria, Norway, Croatia, Serbia, Ukraine, and Yemen. 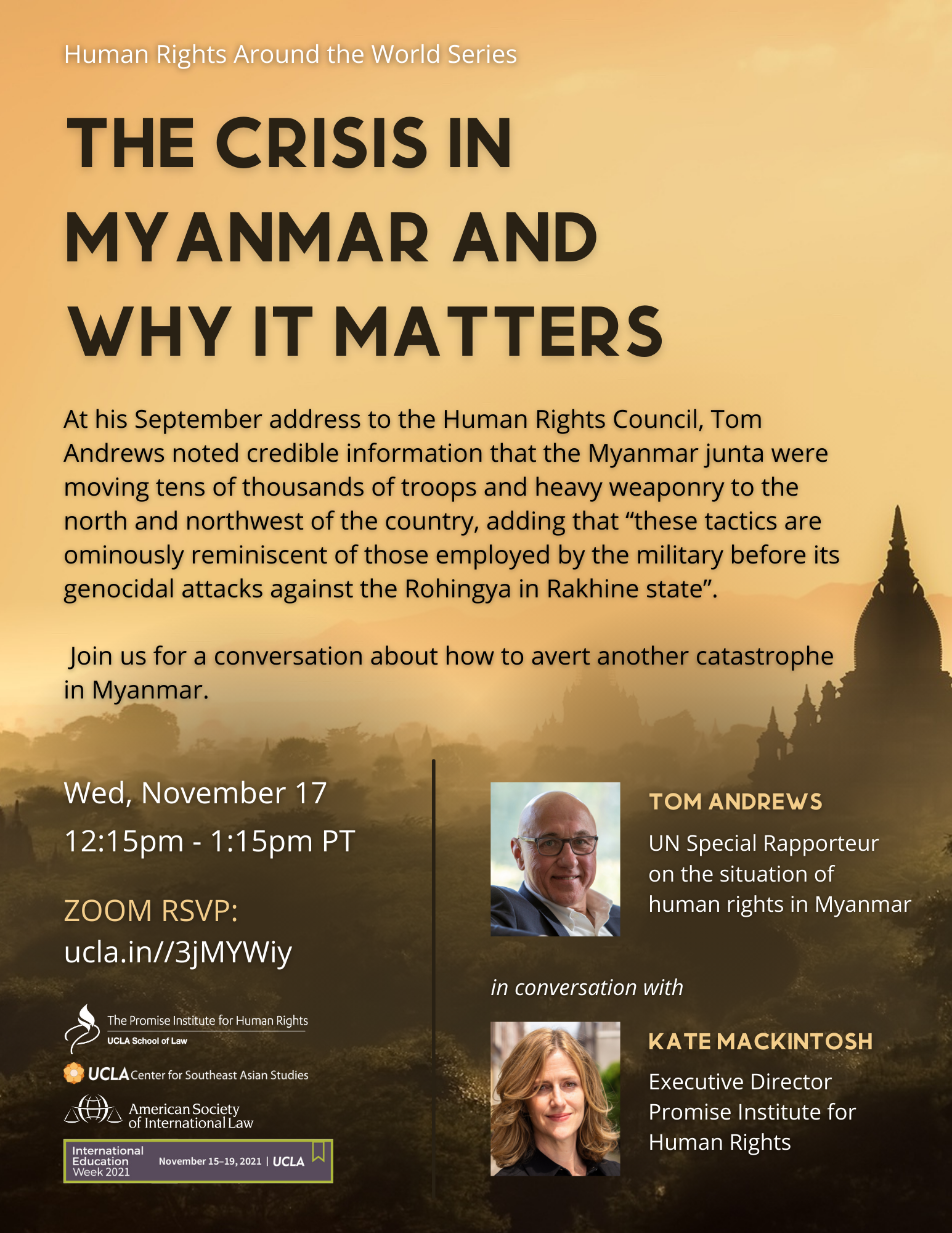 This meetup is for all UCLA students interested in participating in the 2021-2022 competition for the Lowell Milken Institute-Sandler Prize for New Entrepreneurs.