From criminal and civil procedure courses to a top-notch trial team where students hone their oral and written courtroom skills, UCLA Law offers a comprehensive, immersive approach to trial advocacy.

Careers in the courtroom start here, with courses focused on oral and written advocacy, trial teams to test your skills and a certificate for those who complete the trial advocacy course of study.

The A. Barry Cappello Program in Trial Advocacy provides comprehensive training in the strategies and techniques required to be a successful trial lawyer. Through courses, clinical opportunities and one of the best competition programs in the country, students learn how to prepare for and conduct jury selection, opening statements, direct and cross examinations and closing arguments, as well as how to make and respond to evidentiary objections. Award-winning faculty, experienced trial lawyers, and nationally successful mock trial coaches lead the program.

Our nationally-ranked Trial Team and the Trial by Combat competition allow UCLA Law students to learn how to present a case from pre-trial through appeal while working alongside their fellow students and faculty members.
Trial Team

Providing students with the opportunity to hone their advocacy skills and learn from experienced trial lawyers, the UCLA Law trial team is one of the best in the country. 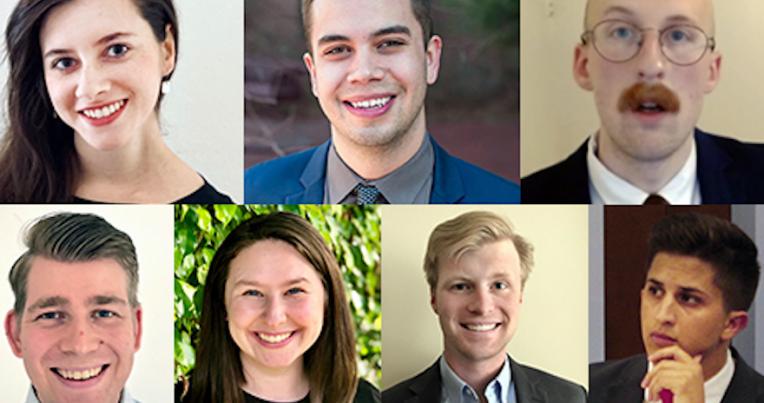 Trial Team Caps March With a Trio of Top Finishes