When UCLA School of Law lecturer and alumna Diane Birnholz ’90 appeared on Wheel of Fortune on Feb. 24, the final bonus round puzzle (category: “Event”) looked challenging at first:

So what did the former assistant U.S. attorney do when she was asked to pick three more consonants and one more vowel? She did what few contestants ever do: She chose a “J.” The move was so unorthodox that it even drew a remark from host Pat Sajak. But Birnholz had an inkling about what that second word might be, and the gamble worked. Vanna White revealed a few more letters, and Birnholz emerged the winner of $58,850, including a trip to Costa Rica. (Not to spoil things too much, but the answer rhymed with “appraising attorney,” and you can watch Birnholz figure it out here.)

Below, Birnholz talks about taping the show under strict COVID-19 protocols, how it felt to spin the wheel – a major life opportunity, like the time when UCLA Law Dean Jennifer Mnookin encouraged her to return to her alma mater, where Birnholz now teaches the experiential course Criminal Trial Advocacy and co-teaches Negotiation Theory and Practice – and more about her “_ _ _ _ _ N G    J O _ R N E _” on the classic game show. 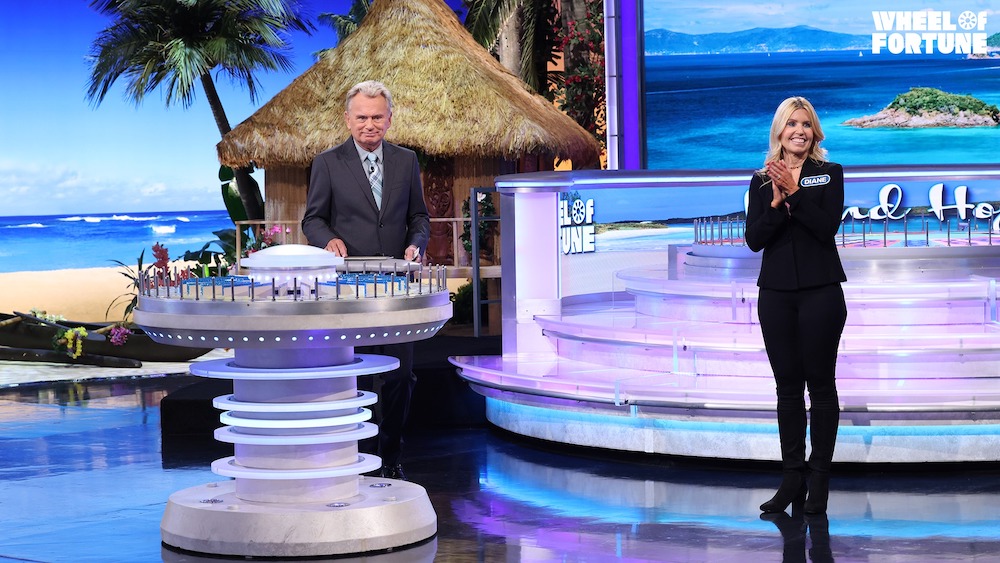 How did being a lawyer and UCLA Law graduate help you do so well?
My education at UCLA Law and my training as a lawyer absolutely helped. Looking at the nearly blank puzzle boards reminded me of the feeling I’d had back when I did jury trials as an assistant U.S. attorney. I learned through years of experience to perform under pressure. A heightened focus kicks in, whether you’re being cold-called on in Criminal Law class, or you’re conducting a cross-examination of a key witness, or you’re standing there trying to figure out what the word “ _ R O _” could possibly be. I taped the show during the first week of this semester, while my students were brand-new to the Criminal Trial Advocacy course. I am inspired by my students. Even though some are visibly nervous standing in front of the class as they perform their first closing arguments, they fight through and manage to do the exercises beautifully. I figured that if they could perform, then I could do so as well. The other way my UCLA training helped me was that I learned the value of preparation. I had very little time to prepare for the show, but I prepared as much as I could.

How have your friends and family reacted?
My goal was to avoid embarrassing my boys, who are now 22 and 24 years old. My younger son is in school on the East Coast, so he watched it a few hours before we did. He was with a “pod” of his friends, and one filmed him at the moment I solved the bonus round. His reaction, jumping up and down, grabbing his head, and yelling “Come on!” in disbelief, was the best part of the whole experience, as was watching it on TV with my older son here in L.A. Right before and after the taping, I was feeling embarrassed and initially didn’t tell many people about it. But everyone’s been so nice that it’s really been quite fun. I’ve even gotten emails from friendly strangers with a connection to UCLA to say congratulations.

Would you describe the COVID protocols when the episode taped in late January?
I went to Sony Studios for a COVID test the day before my taping and only received an entry code to the studio for the following day once I’d been cleared. The only audience members were the contestants, and we sat physically distanced. Each of us received a bag with COVID-related safety gear – KN95 masks, hand sanitizer, and two plastic handles that looked like the ends of a jump rope. We were to place a plastic handle over the spokes of the wheel so that we wouldn’t actually touch the wheel. In between each puzzle, we were taken off the wheel platform, and I believe a crew came and wiped down the surfaces. I was very impressed with the thoroughness and care the show took with all the COVID safety precautions, and I felt very comfortable being on the set and in the show.

What surprised you about being on the show?
I was shocked at how heavy the wheel was. We had a couple of rehearsals before we played for real, and my first attempt at spinning was pretty embarrassing. The wheel barely moved! They taught us how to use our non-spinning arm as leverage so we could give a good spin without toppling over. I was also surprised when I was told that my voice was too soft. I’ve never been told that before! It’s a big studio, with high ceilings, and I felt like I was shouting the entire time.

How hard was it keeping the secret that you had won?
It wasn’t until I was given some paperwork backstage that I realized how much I’d won. I was still shaking from adrenaline, and I almost cried. Luckily, I only had to keep the secret for four weeks! I signed a lot of papers promising not to reveal the outcome of my show. Doing grand jury work and handling sensitive information at the U.S. Attorney’s Office taught me the importance of keeping a secret. My mother and younger son tried to get it out of me many times. I didn’t want to violate the papers I’d signed, plus I thought it would be more fun for them to find out what happened by watching the actual show on TV. The only thing I’d tell them is that I got a Wheel of Fortune pen.

Trial Team Caps March With a Trio of Top Finishes

Read More
Events See All
9:30 AM - 3:30 PM
Day 1: Immigration Policy in the Biden Administration: The First 100 Days and Beyond

??For more information, including the different panels, speakers, and how to register, please visit: https://law.ucla.edu/academics/centers/center-immigration-law-and-policy/immigration-policy-biden-administration

This panel will probe the right to and history of nation-to-nation consultation practices in management of indigenous lands in the U.S., including failures to consult and the promise of a new trajectory for indigenous lands under the Biden Administration.